Haman manipulated the King to endorse the massacre of the Jews. The only way to sabbotage Hamam plan’s and stop this dangerous genocide was for Esther to go to the inner court and speak to the King. However, only the people called by the monarch could enter in the inner court. Every person who would enter without being summoned would die ; except if that person would find favour in the eyes of the King. In that rare case, the monarch would spare their life.

“All the king’s servants and the people of the king’s provinces knew that any man or woman who goes into the inner court to the king, who has not been called, he has but one law: put all to death, except the one to whom the king holds out the golden scepter, that he may live. Yet I myself have not been called to go in to the king these thirty days.”  Esther 4 :11 NKJV

When Esther realised that her nation was in danger, she did not mind her young age to stand up for her people. She believed that her God was mighty enough to save her nation. She believed that the love of God for them was stronger than any other law. She trusted God, hence why the young woman decided to ask the Jewish nation to fast for her during three days.

“Then Esther told them to reply to Mordecai: “Go, gather all the Jews who are present in Shushan, and fast for me; neither eat nor drink for three days, night or day. My maids and I will fast likewise. And so I will go to the king, which is against the law; and if I perish, I perish!”” Esther 4 : 15-16 NKJV

Despite the hopeless situation and the death threat against the Jewish nation, Esther decided to believe that it was possible.

By her bold decision of standing against the enemy, Queen Esther was already carrying the foundation of the message of the Gospel of Jesus-Christ.

Love : She loved her nation and was ready to do what it takes to save them.

Hope : She had hope that the condition of the Jews would change.

Faith : She requested the fast out of faith in the Lord

Trust : She did not look at the difficulty of the trial but she knew that God was reliable and decided to simply trust in him and in the power of fasting.

“‘Trust in the Lord with all your heart, And lean not on your own understanding; In all your ways acknowledge Him, And He shall direct your paths’’.” Proverbs 3 :5-6 NKJV

Therefore, she followed the origin of the meaning of the word ‘fastanan’ which includes being firm and hold.

Finally because, she had love, faith, trust and hope in her mighty God, the reward was mightier than she ever asked or expected.

By the end of the three day fast the miracle happened and she received the favour from the King who spared her life when she entered into the inner court.

“‘So it was, when the king saw Queen Esther standing in the court, that she found favor in his sight, and the king held out to Esther the golden scepter that was in his hand. Then Esther went near and touched the top of the scepter.’” Esther 5 :2 NKJV

Then, by the grace and favour of God the plan of Haman was stopped and the threat against the Jews ceased.

“‘By these letters the king permitted the Jews who were in every city to gather together and protect their lives—to destroy, kill, and annihilate all the forces of any people or province that would assault them, both little children and women, and to plunder their possessions’’” Esther 8 :11 NKJV

In fact, the reward was bigger

The Lord did beyond Esther’s expectations, just because she decided to take a step of faith and fast. Both Esther and the entire Jewish nation was transformed.

What are you waiting for to take a step of faith and experience the exceeding love of God?

Fasting and prayer are powerful tools, which must be combined to be meaningful.

This combination has vibrant power and brings many benefits including, but not limited to:

After His baptism Jesus was tempted by the devil, but He was able to resist and fight back using the word of God as He was fasting (Luke 4:1-13*)

Fasting ans prayers are the best way to bring your petition to God.

Esther and the Jews fasted so that she could plead their case to the King (Esther 4:16*)

Gives you a clear vision. Provides solution when you do not know what to do. (Act 13:2-4 NKJV*)

After having confessed your sins and denying your flesh, through fasting God will purify you and let your spirit prevail over your sinful flesh. (Daniel 9:3-5 NKJV*)

How much do you want your situation to change ?

How much do you want to be free from the lack of peace, solution and from depression ?

Nowadays fasting can be seen as an act that doesn’t make sense, however if Jesus our role model fasted, then why should’nt we?

I encourage you to fast today, like Queen Esther be the pioneer of change in your nation, your family and in your life.

“‘To know the love of Christ which passes knowledge; that you may be filled with all the fullness of God. Now to Him who is able to do exceedingly abundantly above all that we ask or think, according to the power that works in us, to Him be glory in the church by Christ Jesus to all generations, forever and ever. Amen.’’” Ephesians 3 :19-21 NKJV

This site uses Akismet to reduce spam. Learn how your comment data is processed.

This error message is only visible to WordPress admins


Error: API requests are being delayed for this account. New posts will not be retrieved.

Make sure this account has posts available on instagram.com. 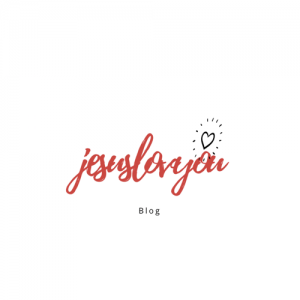 «Be strong and of a good courage, fear not, nor be afraid of them: for the LORD thy God, he it is that doth go with thee; he will not fail thee, nor forsake thee. »